Those of our members that have supplied biographical details are listed below.  It is entirely optional to be included. 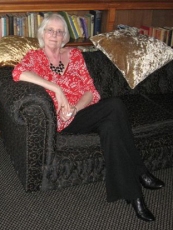 Dorinda says:- My junior school teacher used to take the pen out of my hand to make me look up from the story I was engrossed in writing. And I still get excited by words on paper. I get twitchy if I haven’t got a book on hand (sometimes two!). I used to read pieces in the evening paper about Scarborough Writers’ Circle, but didn’t really know what went on there. In 2006, after taking early retirement from the Civil Service, I gathered all my courage and went along to a meeting. When I realised what fun it was, I couldn’t understand why I’d left it so long to join the group. In 2012 I graduated from Hull University (Scarborough) with a BA (Hons) in Creative Writing.  I enjoy research and history. My writing interests are varied – short stories, novels, non-fiction articles. I regularly submit stories to women’s magazines, other publications and competitions.  My stories have been published in the People’s Friend and the Weekly News.    I have had stories and poems published in three anthologies – Illumination, Making Waves and The Plotting Shed.  Since 2015 I have been a member of the Romantic Novelists’ Association’s New Writers Scheme and have written a romantic suspense novel. Cross Your Heart is set in Hong Kong in 1967.  As well as that, I have just finished a time-slip romance set in North Yorkshire. I am currently studying for a Masters Degree in Creative Writing at the University of Hull (online). 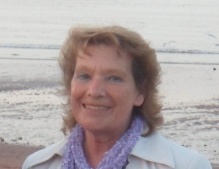 Originally from Rhodes, Middleton in Lancashire, I have lived in Scarborough with my husband since 1997.  I have two adult children – a daughter in Derbyshire and son in the Czech Republic.

My writing life began in early childhood when I used the written word as a way of dealing with emotions that I found difficult to express orally.  My work is influenced by my own and others’ life experiences and emotions.  I read fiction and non-fiction work by other writers, too numerous to list, and keep a journal of ideas. The journal encompasses my responses to everyday occurrences and conversations, overheard or otherwise, my dreams while sleeping, my constant and consistent observations throughout my day (especially whilst walking) and my emotional outbursts about various topical subjects. I read through my journal intermittently because words I wrote in the past often spark a draft for a new poem or story, which I express in works of fiction.

I find the beautiful North Yorkshire Coastline a great resource for encouraging creativity.  I enjoy walking by the sea and believe that to be a great inspiration, not only because it is fascinating to watch but because of water’s strong connection to the emotions, which is what I love to write about.

I’d be happy to hear from you if you want to visit my blog/website at:

For the Journey – skimming the surface of life:  https://for-the-journey.com/

I read before I started school – I distinctly remember irritating my first teacher because I was already reading Winnie the Pooh. I was uninterested in picture books or learning my ABCs. By eight years old I decided I would be the new Agatha Christie and at 16 I started my first job in a bookshop, going on to work in libraries. In my 20’s I revisited the formal education I had given very little energy to in my formative years and took great joy in learning. After years of studies, I earned my doctorate in 2004.  I ended my career as a Lecturer/Researcher at the University of Sussex – my career cut short as a consequence of a diagnosis of Multiple Sclerosis.  I never stopped writing but the style and demands of policy, report and research paper writing left little room for imagination or the joys of creative writing and my dreams of novel writing were left untended.

In 2015 I threw myself into National Novel Writing in a Month (NaNoWriMo) which encourages writers to commit to writing a 50k novel in a month. I achieved a whole crime novel and creating the story was the best fun! I have been addicted to creative writing ever since.

I have had a few small fiction and poetry publishing successes and my novel Everyday Wendy is to be published in 2022.

I am proud to have been elected as Chair of the Scarborough Writers’ Circle and thrilled to be a member of such a talented group of writers.

Brompton Hall School then moved to the newly built Woodlands School. She met John and has now found time in retirement to indulge her lifelong ambition to write a book. Anne was educated at Middlesbrough High School for Girls. She chose to become a teacher and trained at Kesteven Training College near Grantham. Her career has been mainly in Special Education culminating in the Learning Support Department at Yorkshire Coast College. Having honed her skills with the Scarborough Writers’ Circle, she has delved into one of her many interests, the children’s charities that she and her husband John support.

Her new book, ‘Curiosities from Scarborough’s Children’s Charities’ is available from http://www.lulu.com/spotlight/farthings.

Judith first came to Scarborough in 1980 after studying medicine at Leeds University. She spent two years working in New Zealand and six months travelling through South East Asia before settling into General Practice back in Scarborough, marrying Richard and having two children. She retired from Medicine in 2013, and started writing in 2014 when both her children were away at University.

She lives in Scarborough with husband Richard, two dogs, a cat, four hens and a double allotment. She is also a Trustee at Newby and Scalby Library, which hosts Scarborough Writers’ Circle meetings every 4th Tuesday evening.

Judith enjoys writing poetry and short stories, particularly fantasy and this year has had poems published in Reflections magazine and in the anthology Terror Tales for a Winter’s Eve.

The sky darkened as she stood waiting on the rough stone surface of the ancient jetty, looking out to sea. The wind strengthened and worried at her long silver hair, whipping loose strands of it across her face. She closed her eyes and lifted her chin, smiling as she felt the icy kiss of rain drops on her face and arms.

She could hear the hiss and draw of waves to her left and to her right the shouts of the fishermen as their cold and calloused hands struggled with rough hemp rope and flapping canvas sails. They were turning, riding with the waves, hoping to reach the calm safety inside the harbour walls before the storm struck.

She turned her head and watched impassively as the boat was swamped by wave after heavy wave.

She listened as the wind snatched away their cries and she smiled again as the sea washed over their heads.

Time passed, and when nothing could be heard but the sea and the shrieking of the gulls, she stepped off the jetty and sank through the turbid water to search for their souls in the world beneath the waves… 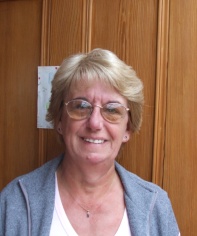 Former assistant secretary and then for several years Circle treasurer before retiring, Val originally wrote verse but was encouraged to write short stories through the Circle in-house competitions. Having got ‘the bug’ she then began her first, and only, novel which lays in the depths of her computer unfinished. She now works for her husband Bill as editor and agent. Her reasoning, ‘I no longer have the time to write, and besides, Bill keeps me busy and is a far better writer than I.’

Crime Writer Bill has served as Chairman and later President of the Circle until 2011. He has a successful series featuring DI Mike Nash and also The Eden House Mysteries with Accent Press. Independently, he publishes his Greek Island Romances under the pseudonym William Gordon.

Always an avid reader, Bill came to writing later in life when he had exhausted every book in the house when laid-up following a knee operation and decided he could do better. The first draft hit the shredder but he was hooked and eventually succeeded in getting publisher, Robert Hale Ltd. interested and has gone from strength to strength.

Always on the look out for character names, Bill has helped several charities both at home and abroad allowing auction lots for the chance to be named in his next book and is currently working with a Greek charity ELEPAP where all royalties from The Fountain of Daphne will be paid directly to them.

Read more about Bill and his work at:   www.billkitson.com

And see his blog:  www.billkitsonblog.wordpress.com 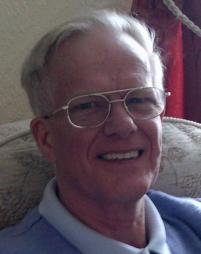 Mike has been a member of the Circle since 1975, and helped run the popular Scarborough Writers’ Weekends. At one, the guest speaker was Alan Ayckbourn, who took time out to give him advice on writing for the stage. This resulted in his very first play being performed by Phoenix Drama at Westwood in 1984 to critical and financial success.

He has been writing since schooldays, and has had poems, articles and short stories published in a variety of magazines. He also wrote and broadcast a weekly comic dialect story on BBC Radio York from 1988 to 2005, and was theatre reviewer for Top Trader and later the Scarborough Evening News from 1987 until retiring in 2008. The knowledge gained from seeing hundreds of amateur and professional shows has been put to good use in four more full length and five award-winning 1-Act plays, all of them premiered in Scarborough, and all since published. Despite being mostly Yorkshire comedies, they have found favour with amateur drama groups as far afield as Tasmania and Maine, and most recently in Spain.

He and his wife Anita are still regular theatre-goers, because he believes that writers never stop learning and considers himself lucky to have a first-class theatre on his doorstep. Here he can continue to study the work of the master of the craft who generously gave him such good advice all those years ago. Mike has a web site under construction at stageplaysmp.com